Psychosis – Schizophrenia is a serious brain illness. People who have it may hear voices that aren’t there. They may think other people are trying to hurt them. Sometimes they don’t make sense when they talk. The disorder makes it hard for them to keep a job or take care of themselves

When the disease is active, it can be characterized by episodes in which the person is unable to distinguish between real and unreal experiences. As with any illness, the severity, duration, and frequency of symptoms can vary; however, in persons with schizophrenia, the incidence of severe psychotic symptoms often decreases as the person becomes older. Not taking medications as prescribed, the use of alcohol or illicit drugs, and stressful situations tend to increase symptoms.

Cognition is another area of functioning that is affected in schizophrenia leading to problems with attention, concentration, and memory, and declining educational performance.

Symptoms of schizophrenia usually first appear in early adulthood and must persist for at least six months for a diagnosis to be made. Men often experience initial symptoms in their late teens or early 20s while women tend to show first signs of the illness in their 20s and early 30s. More subtle signs may be present earlier, including troubled relationships, poor school performance, and reduced motivation.

Before a diagnosis can be made, however, a psychiatrist should conduct a thorough medical examination to rule out substance misuse or other neurological or medical illnesses whose symptoms mimic schizophrenia.

Symptoms usually develop slowly over months or years. The person may have many symptoms, or only a few.

People with Psychosis – schizophrenia may have trouble keeping friends and working. They may also have problems with anxiety, depression, and suicidal thoughts or behaviors.

Early symptoms may include:

As the illness continues, the person may have problems with thinking, emotions, and behavior, including:

• Hearing or seeing things that are not there (hallucinations)

• Reduced emotions in the tone of voice or expression of face

• Problems with understanding and making decisions

• Problems paying attention and following through with activities

• Strongly held beliefs that are not real (delusions)

• Talking in a way that does not make sense

Though there is no cure for Psychosis – schizophrenia, many patients do well with minimal symptoms. A variety of antipsychotic medication are effective in reducing the psychotic symptoms present in the acute phase of the illness, and they also help reduce the potential for future acute episodes and their severity. Psychological treatments such as cognitive-behavioral therapy or supportive psychotherapy may reduce symptoms and enhance function, and other treatments are aimed at reducing stress, supporting employment, or improving social skills.

Diagnosis and treatment can be complicated by substance misuse. People with schizophrenia are at greater risk of misusing drugs than the general population. If a person shows signs of addiction, treatment for the addiction should occur along with treatment for schizophrenia.

Rehabilitation and Living With Psychosis – schizophrenia

Treatment can help many people with schizophrenia lead highly productive and rewarding lives. As with other chronic illnesses, some patients do extremely well while others continue to be symptomatic and need support and assistance.

After the symptoms of schizophrenia are controlled, various types of therapy can continue to help people manage the illness and improve their lives. Therapy and psychosocial supports can help people learn social skills, cope with stress, identify early warning signs of relapse, and prolong periods of remission. Because schizophrenia typically strikes in early adulthood, individuals with the disorder often benefit from rehabilitation to help develop life-management skills, complete vocational or educational training and hold a job. For example, supported-employment programs have been found to help people with schizophrenia obtain self-sufficiency. These programs provide people with severe mental illness competitive jobs in the community.

For many people living with schizophrenia, family support is particularly important to their health and well-being. It is also essential for families to be informed and supported themselves

There are no medical tests to diagnose Psychotic disorders – schizophrenia. A psychiatrist should examine the person and make the diagnosis. The diagnosis is made based on an interview of the person and family members.

The psychiatrist will ask about the following:

• How long symptoms have lasted

• How the person’s ability to function has changed

• About the person’s genetic and family history

• How well medicines have worked

• Whether the person has problems with substance abuse

• Other medical conditions the person has

Brain scans (such as CT or MRI) and blood tests may help rule out other conditions that have similar symptoms. 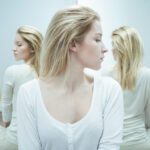 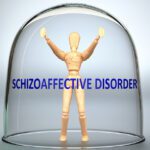 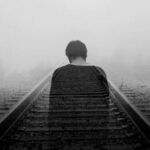 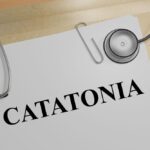