Muckle-Wells Syndrome (MSW) is a disorder characterized by periodic episodes of skin rash, fever, and joint pain. Progressive hearing loss and kidney damage also occur in this disorder. People with Muckle-Wells syndrome have recurrent “flare-ups” that begin during infancy or early childhood. These episodes may appear to arise spontaneously or be triggered by cold, heat, fatigue, or other stresses. Affected individuals typically develop a non-itchy rash, mild to moderate fever, painful and swollen joints, and in some cases redness in the whites of the eyes (conjunctivitis).

Hearing loss caused by progressive nerve damage (sensorineural deafness) typically becomes apparent during the teenage years. Abnormal deposits of a protein called amyloid (amyloidosis) cause progressive kidney damage in about one-third of people with Muckle-Wells syndrome; these deposits may also damage other organs. In addition, pigmented skin lesions may occur in affected individuals.

Mutations in the NLRP3 gene (also known as CIAS1) cause Muckle-Wells syndrome. The NLRP3 gene provides instructions for making a protein called cryopyrin. Cryopyrin belongs to a family of proteins called nucleotide-binding domain and leucinerich repeat containing (NLR) proteins. These proteins are involved in the immune system, helping to regulate the process of inflammation. Inflammation occurs when the immune system sends signaling molecules and white blood cells to a site of injury or disease to fight microbial invaders and facilitate tissue repair. When this has been accomplished, the body stops (inhibits) the inflammatory response to prevent damage to its own cells and tissues.

Cryopyrin is involved in the assembly of a molecular complex called an inflammasome, which helps trigger the inflammatory process. Researchers believe that NLRP3 gene mutations that cause Muckle-Wells syndrome result in a hyperactive cryopyrin protein and an inappropriate inflammatory response. Impairment of the body’s mechanisms for controlling inflammation results in the episodes of fever and damage to the body’s cells and tissues seen in Muckle-Wells syndrome.

Muckle-Wells syndrome is a rare disorder. It has been reported in many regions of the world, but its prevalence is unknown. This condition is usually inherited in an autosomal dominant pattern, which means one copy of the altered gene in each cell is sufficient to cause the disorder. In some cases, the inheritance pattern is unknown. 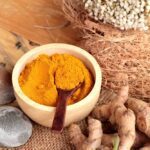 Inflammation According To A Doctor: What To Know, Eat & Do 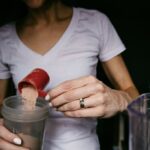 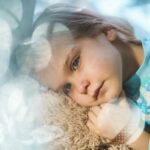