What Is Hypothermia? A Doctor Explains

What happens when your body temperature drops? Your sensory system and different organs cannot typically work under this condition. Left untreated, hypothermia can prompt failure of your heart and respiratory systems and may lead to death.

Signs And Symptoms Of Hypothermia

There are several symptoms of hypothermia. The symptoms range from mumbling (talking quietly and indistinctly) to loss of consciousness. However, the first symptom that arises in patients is shivering. Shivering is your response against cold temperatures to warm your body. The body’s low temperature can be caused by alcohol or drug use or by going into shock or certain disorders such as diabetes or low thyroid.

Here are some other signs and symptoms caused by hypothermia:

When in a state of hypothermia, the person often does not usually realize they have the condition because the side effects start gradually. Hypothermia can also lead to making wrong decisions due to brain fog, which creates an altered level of consciousness.

Hypothermia happens when a human body loses heat at a fast rate. Here are a few more causes of hypothermia:

• Staying outdoors in colder regions for an extended period

• Falling into the water (rivers, canals or pond)s. Or staying for a long time in a swimming pool with cold water

• Living in an apartment where the temperature remains low, or at a home not adequately constructed to insulate during the cold

The International Commission for Mountain Emergency Medicine (ICMEM) has categorized hypothermia according to its severity. There are five stages of hypothermia, which are:

Hypothermia is a medical emergency that requires attentive care and proper treatment. If not treated in time, it can lead to seriously fatal situations. As the body temperature drops below 82°F (27.7°C), resuscitation might not be possible. It is important to act promptly using informed emergency tips because a minute’s delay can make a difference between life and death. Such tips to be exercised immediately include:

• Move to warm shelter or indoors in case you are outdoors

• Use electric blankets and heating pads to warm the body. In case of unavailability of any such warming gadget, use your body heat

• Keep a regular check on the body temperature using a thermometer

• Try to make the person drink warm beverages. These beverages could involve warm water to other heated liquid. Avoid offering caffeinated drinks like coffee because it accelerates the process of heat loss

• Seek immediate help from a nearby hospital or clinic

Previous articleHow Can A Developmental Pediatrician Support Your Child?
Next articleHow Do You Get Pneumonia? How Do Babies Get It?
- Advertisement - 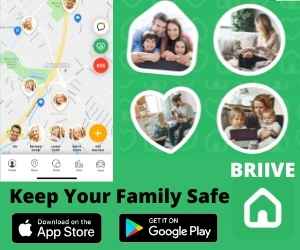 What Is Reye’s Syndrome? How Is It Diagnosed & Does A Painkiller Help?

Getting Back Into Shape After Pregnancy