Allergy – allergic rhinitis occurs when contact with airborne allergens causes problems with a person’s nose area in particular. Symptoms occur whenever someone breathes in allergens that cause their immune system to react. Examples of common allergens can include pet or animal dander, dust, or pollen from various plant species. Allergic rhinitis can also occur due to the person eating foods that they are allergic to, although this is a less common cause.

Allergic rhinitis that occurs because of plant pollen is also called seasonal allergies or hay fever.

The substances that cause an allergy to trigger are called allergens. Whenever those with allergic rhinitis breathe in allergens such as mold, pet or animal dander, dust, or pollen, their bodies release various chemicals that result in allergy symptoms.

Also, the amount of pollen floating about in the air (density) can affect whether or not a person develops allergic rhinitis symptoms. More pollen is likely to be present in the air on dry, hot, and windy days. When the weather is damp, rainy, and cool, pollen tends to be kept on the ground.

Allergic rhinitis/hay fever tends to run in families. If both parents have allergic rhinitis or other types of allergies, their children are also likely to suffer from the same issues. The chance is even higher in the offspring if it’s their mother in particular who has allergies.

Common allergy-causing plants include grasses, trees, and ragweed. This reaction is also called hay fever by many people. These species have their pollen carried long distances by the wind. Flower pollen, which relies on insects to be transported, does not cause the same reaction as the other species. The types of plants that cause allergies in people vary from area to area and person to person.

Acute allergic rhinitis symptoms that begin shortly after exposure to allergens can include:

Additional symptoms of allergy – allergic rhinitis that can develop later on include:

A health care provider will ask the patient about their symptoms and medical history, and then perform a physical exam. They may ask for additional details about their symptoms, such as if they vary by season or time of day, and if they experience symptoms after exposure to pets or other well-known allergens.

Allergy testing can help reveal the specific allergens that are causing symptoms. The most commonly used method of allergy testing is skin testing.

If skin tests aren’t an option for the patient for some reason, they may also receive specific blood tests. These tests, called IgE RAST tests, measure the blood levels of allergy-related substances.

The best and most effective treatment for allergic rhinitis is to avoid the allergens that cause symptoms in the first place. In some cases it’s impossible to avoid all pollen – but people can take steps to reduce exposure.

For mild cases of allergic rhinitis, nasal washes can remove excess mucus from the nose.

Medications called antihistamines can work quite well for treating short-term allergic rhinitis symptoms. Short-term symptoms or uncommonly occurring symptoms are best for the use of Antihistamines.

Make sure to be aware of the following when taking antihistamines:

Some types can cause drowsiness or sleepiness. People taking them shouldn’t be driving or operating dangerous machinery. But, other types are non-drowsy, and cause little to no sleepiness.

A lot of antihistamines don’t need a prescription. Many are pills or tablets.

Nasal corticosteroid sprays are often the most successful treatments for allergic rhinitis. They’re most helpful when used continuously over longer periods of time, but they can still be useful when used in the short term. These sprays are generally safe for adults and children, when used correctly and as directed.

Four different brands are available without a prescription. All other brands require a prescription from a health care provider to obtain.

Decongestants can reduce allergy – allergic rhinitis symptoms, such as nasal congestion or stuffiness.

Do not use nasal spray decongestants more than 3 days in a row.

Leukotriene inhibitors can treat allergic rhinitis. These medications block leukotrienes, which are the chemicals the body releases when it comes in contact with an allergen. These chemicals are also responsible in part for allergy symptoms.

Allergy injections are recommended in some cases, especially when the person’s symptoms are hard to control or they cannot avoid exposure to allergens. These injections are also called immunotherapy.

These are given in a step-based system – each shot has a small amount of the allergen the person is allergic to. Over time, they increase the dose of the allergen, until the person no longer has symptoms. Allergy shots are used in this way to help the body stop overreacting to allergens in the environment. 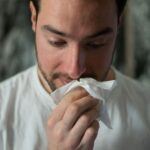 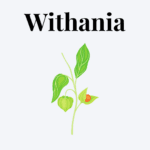 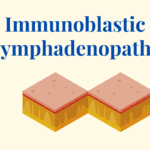 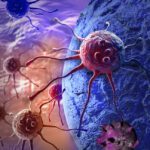