Familial Lichen Amyloidosis (Type IX) is a condition in which clumps of abnormal proteins called amyloids build up in the skin, specifically in the wave-like projections (dermal papillae) between the top two layers of skin (the dermis and the epidermis). The primary feature of PLCA is patches of skin with abnormal texture or color. The appearance of these patches defines three forms of the condition: lichen amyloidosis, macular amyloidosis, and nodular amyloidosis.

Lichen amyloidosis is characterized by severely itchy patches of thickened skin with multiple small bumps. The patches are scaly and reddish-brown in color. These patches usually occur on the shins but can also occur on the forearms, other parts of the legs, and elsewhere on the body.

Nodular amyloidosis is characterized by firm, raised bumps (nodules) that are pink, red, or brown. These nodules often occur on the face, torso, limbs, or genitals and are typically not itchy.

In some affected individuals, the patches have characteristics of both lichen and macular amyloidosis. These cases are called biphasic amyloidosis.

In all forms of PLCA, abnormal patches of skin usually arise in mid-adulthood. They can remain for months to years and may recur after disappearing, either at the same location or elsewhere. Very rarely, nodular amyloidosis progresses to a life-threatening condition called systemic amyloidosis, in which amyloid deposits accumulate in tissues and organs throughout the body.

PLCA can be caused by mutations in the OSMR or IL31RA gene. When caused by an OSMR gene mutation, the condition is classified as type 1, while an IL31RA gene mutation causes type 2. Mutations in either gene are likely involved in lichen and macular amyloidosis, which are thought to be related conditions that arise through similar disease mechanisms. The genetic basis of nodular amyloidosis is unknown.

The OSMR and IL31RA genes provide instructions for making parts (subunits) of the interleukin-31 (IL-31) receptor. The subunit produced from OSMR can also pair with a different protein to form the OSM receptor type II. Both receptors are embedded in the membrane of cells throughout the body. Each attaches to a particular protein, fitting together like a lock and its key. This attachment triggers a series of chemical signals inside the cell that directs certain cell functions.

How PLCA develops is not completely understood. In lichen and macular amyloidosis, it is thought that scratching the itchy skin causes skin cells to undergo apoptosis, releasing proteins that abnormally clump together and form amyloids. The proteins that make up the amyloids are abnormal versions of proteins called keratins. The role of gene mutations in this process is still being determined. Because signaling triggered by IL-31 normally stimulates itching, it is unclear how a reduction of this signaling is involved in itchy skin. Also unclear is how reduced IL-31 signaling is related to apoptosis or amyloid formation. Researchers speculate that a reduction of signaling triggered by OSM may make cells more likely to undergo apoptosis, which may promote amyloid buildup.

In nodular amyloidosis, the amyloids are composed of abnormal versions of proteins called immunoglobulin light chains released from certain blood cells called plasma cells. However, it is unknown how this form of PLCA develops.

Many people with PLCA do not have a mutation in the OSMR or IL31RA gene. The cause of the condition in these cases is unknown.

In most cases, PLCA is not inherited and occurs in people with no history of the condition in their family.

When the condition runs in families, it is usually inherited in an autosomal dominant pattern, which means one copy of the altered OSMR or IL31RA gene in each cell is sufficient to cause the disorder. In these cases, the affected person has one parent with the condition. 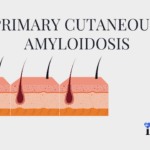 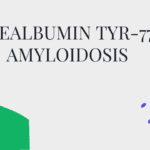 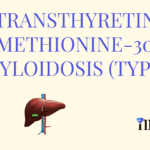 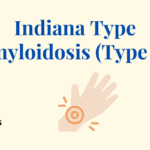 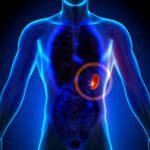