Dementia is a gradual and permanent loss of brain function. This occurs with certain diseases. It affects memory, thinking, language, judgment, and behavior.

Vascular dementia is caused by a series of small strokes over a long period.

Vascular dementia is the second most common cause of dementia after Alzheimer’s disease in people over age 65.

Vascular dementia is caused by a series of small strokes.

A stroke is a disturbance in or blockage of the blood supply to any part of the brain. A stroke is also called an infarct. Multi-infarct means that more than one area in the brain has been injured due to a lack of blood.

If blood flow is stopped for longer than a few seconds, the brain cannot get oxygen. Brain cells can die, causing permanent damage.

When strokes affect a small area, there may be no symptoms. These are called silent strokes. Over time, as more areas of the brain are damaged, the symptoms of dementia appear.

Not all strokes are silent. Larger strokes that affect strength, sensation, or other brain and nervous system (neurologic) functions can also lead to dementia.

Risk factors for vascular dementia include:

Symptoms of vascular dementia may develop gradually or may progress after each small stroke.

Symptoms may begin suddenly after each stroke. Some people with vascular dementia may improve for short periods, but decline after having more silent strokes. Symptoms of vascular dementia will depend on the areas of the brain that are injured due to the stroke.

Early symptoms of dementia can include:

As dementia worsens, symptoms are more obvious and the ability to take care of oneself declines. Symptoms may include:

Tests may be ordered to help determine whether other medical problems could be causing dementia or making it worse, such as:

Tests that can show evidence of previous strokes in the brain may include:

There is no treatment to turn back damage to the brain caused by small strokes.

An important goal is to control symptoms and correct the risk factors. To prevent future strokes:

The goals of helping someone with dementia in the home are to:

Medicines used to treat Alzheimer’s disease have not been shown to work for this condition. 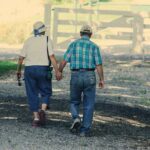 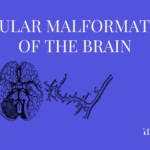